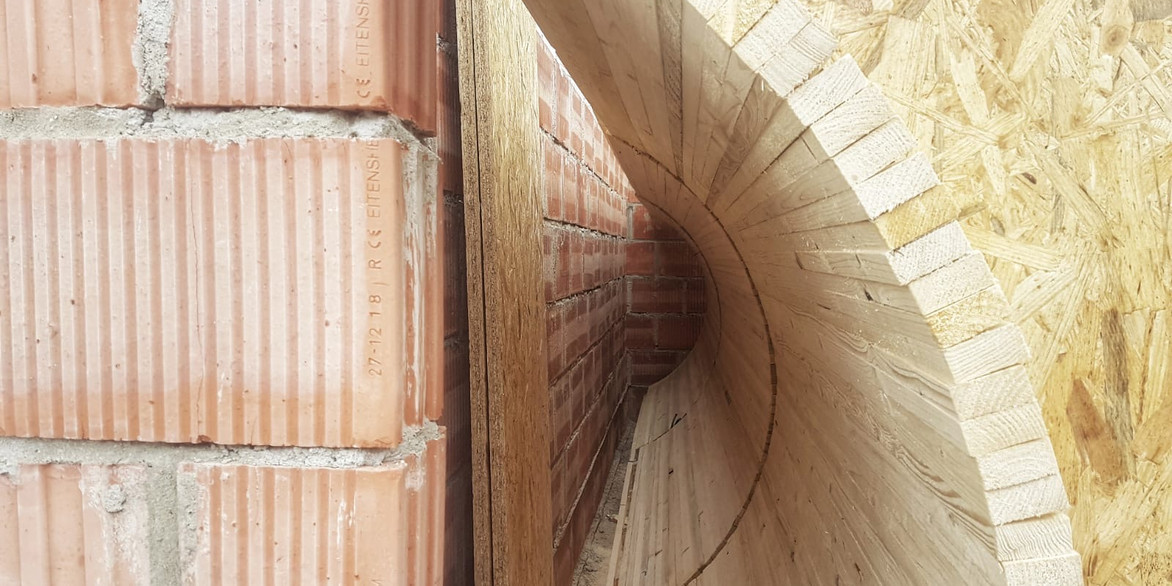 We cordially invite you and your friends to the opening of the exhibition on Wednesday, July 24 at 7 pm.

„…In this case, I understand icastic architecture as one that presents its own image in a dry and figurative way. An architecture that describes the essence of itself, its own shapes and elements, in an immediate, memorable and self-referential way. At the same time, however, these abstract forms go beyond the purely rational, and allude to a possible divertissement, or playful originality…“

On the occasion of the publication of the their first monographic book ‚Selected projects’ by the Italian editor Libria, the independent architecture studio Tochtermann Wündrich shows a selection of five recent works in drawings and large scale models.

Tochtermann Wündrich was founded 2012 in Milan and 2014 in Munich. In 2015 and 2016 they completed their first two works; 6x8 m House in Vienna and Entrance Ramp Verpackerei Gö. The practice has been nominated for the BDA Young German Architects Award 2016 and the DAM German Architecture Prize 2017. Since 2011 Alexander Tochtermann and Philipp Wündrich were invited to lecture and teach architectural design in various European universities including the Politecnico di Milano, ETH Zurich, the Accademia di architettura di Mendrisio, and the Munich Academy of Fine Arts.