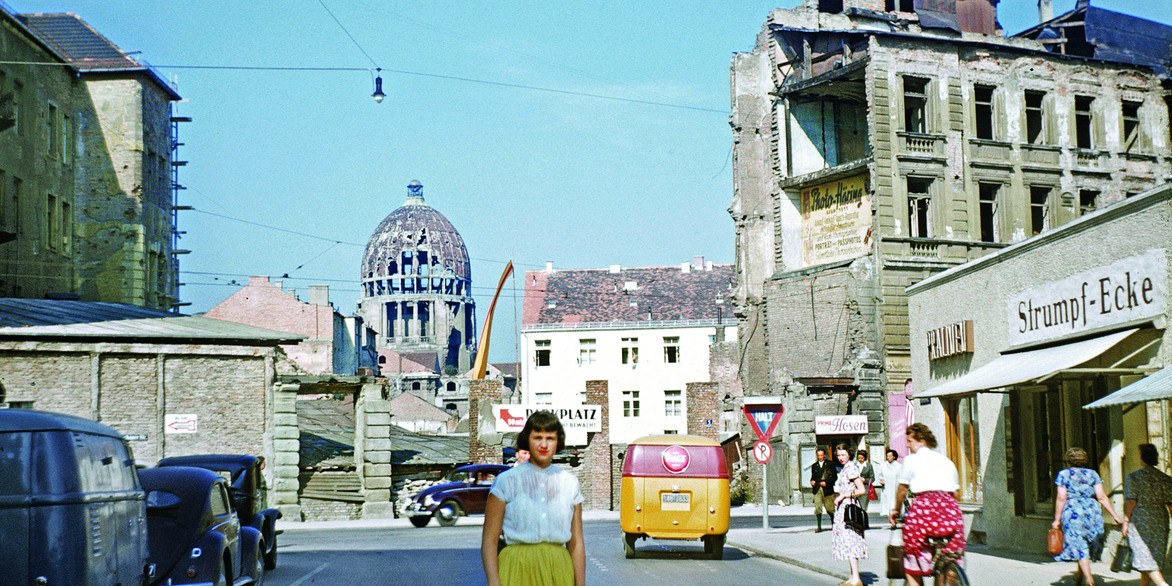 From ruins to subway construction

For the first time the Architekturgalerie is presenting color photographs of the city of Munich from 1948 to around 1965. On these early color pictures, most of which were taken by American tourists and occupying soldiers, the heavily destroyed historical buildings stand alongside war debris, cleared areas and provisional buildings. The pictures tell of everyday life as well as of celebrations and the pleasures of Munich's citizens. The result is a varied kaleidoscope of the city, whose current appearance was redesigned in these post-war years. An extensive illustrated book is published to accompany the exhibition: München farbig, 1948 - 1965, Vom Trümmerfeld zum U-Bahnbau by Franz Schiermeier Verlag Munich. 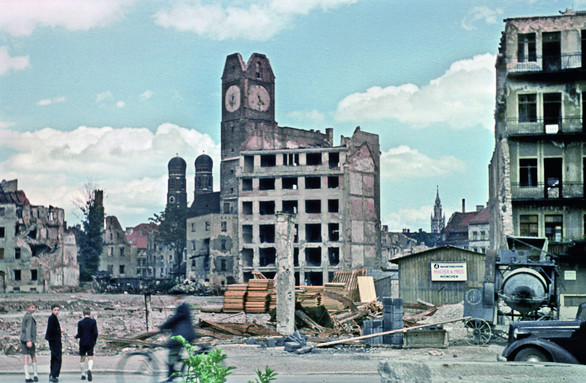